Big Story and small stories that add up 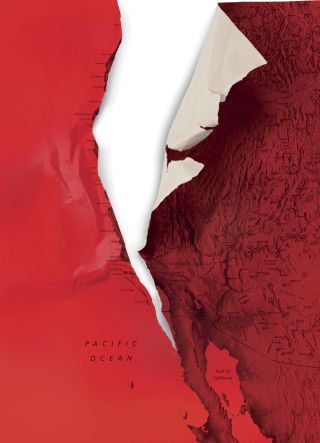 The big story was the recent New Yorker article, “The Earthquake That Will Devastate Seattle” that caused quite a stir both here in the Northwest and the rest of the country by providing a very well written summary of what the Cascadia earthquake and resulting tsunami will do to the region.  The smaller stories are the passage of a number resilience bills in the Oregon Legislative and other efforts.  These made barely a ripple in the press but they are historic and show that resilience planning for the Cascadia earthquake is here to stay.  The Legislature created a State Resilience Officer attached to the Governor’s Office who will have the responsibility of tracking the 50-year effort outlined in the Oregon Resilience Plan (ORP).  They significantly increased funding for the Seismic Retrofit Grant Program (SRGP) to the tune of $176 million bond grants for schools and $30 million for essential facilities. They also allowed local governments to create loan/loan guarantee programs for the seismic upgrades of multi-family, commercial and industrial buildings.  Another bill resolved liability issues regarding assessments of the fuel tanks where 95% of Oregon’s fuel are stored, so assessments can begin.  This is the first step in making sure there will be fuel to do relief and recovery efforts after the earthquake.

State agencies such as the Department of Geological and Mineral Industries (DOGAMI) and Oregon  Emergency Management (OEM) have been outlining the risk and preparing to respond to Cascadia for a quite a while. The creation of the Oregon Resilience Plan sped  up the efforts of ODOT, which finalized its seismic retrofit plan for the roads and bridges.  This work is proceeding (most recently in seismic upgrades of I-5 bridges in Portland this summer).  Major transportation funding was hung up this last session, but should be resolved in the short session next year.  The Department of Land Conservation and Development (DLDC) is responding to the land use implications, especially for the tsunami, and the Department of Administrative Services (DAS) is now doing assessments of state buildings, the first step in figuring how to prioritize seismic upgrades or replacement.

One of the more remarkable results of the ORP has been the stepping of local governments, service districts, and institutions.  The two major water districts, Portland and Clean Water Services, have major projects to improve the resilience of their water systems.  The City of Portland initiated the loan/loan guarantee effort mentioned above. This is a carrot they want to offer as they consider mandatory seismic upgrades of the many unreinforced masonry buildings (URM) in Portland.  Portland School District passed its latest bond issue, in part due to its including seismic upgrades to schools.  The Beaverton School District is designing its new high school and middle school to be used as shelters following the earthquake.  Tsunami resilience accomplishments have been the relocation or closing down of schools in the Lincoln County, and in Neskowin where their Hazard Hazard Overlay Zone now includes specific references to the Cascadia earthquake and tsunami.

In addition the major health care providers are reviewing the resilience of their facilities. This includes the retrofit project of Providence St. Vincent to meet current code.  This project is interesting on several levels. First, they are making use of the SRGP program to help with funding.  They are also taking advantage of seismic engineering advances.  Rather than using the static analysis upon which codes are based on, they used dynamic modeling to fully understand how building will actually perform.  This modeling allows for innovative solutions that often perform better at less cost than standard solutions.  In this case the solution is to wrap the building in carbon fiber, an less intrusive method that adding concrete or steel.  In the Meier & Frank rehabilitation this approach allowed the use of viscous dampers (hydraulic piston attached to the steel structure).

There have been innovative efforts at level of personal preparedness.  You can check out your risk and find out how long you should rely on personal supplies at Aftershock.org, the result of a collaboration between OPB and Hack Oregon.  Seismic retrofit of homes can be seen in the rise of a number of construction companies that now specialize in this, and in the integration of seismic and energy upgrades by Clean Energy Works.

The initial reaction to hearing about the magnitude of the Cascadia earthquake and its impacts, is shock and a sense that it is an overwhelming problem.  However, the example of Chile and Japan show that you can prepare by consistent long term effort.  We have a long way to go, but Oregon has truly begun the effort, and this effort is broad based, top down and bottom up.