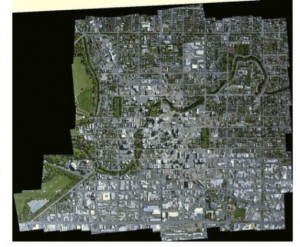 Tipped off by a friend, I have been reading a couple of posts by Glenn Stewart, a professor of urban ecology in New Zealand.  The first, Natural Disasters and the Nature of Cities, looks at the destruction the 2010 Christchurch earthquake caused and moves on to look at how the native vegetation has started to grow in the rubble of the aftermath.  This return to nature was due to the shift of using native plants in landscaping prior to the earthquake and to the resiliency of native species.   The second post, added just recently, called Temporary Nature’s Potential for Resilience and Liveability, looks at the local effort of creating temporary gardens in the rubble while waiting for reconstruction to occur (this two years out after the event).  Rebuilding after large disasters takes time and this effort of  “greening the rubble” humanizes what could have remained a bleak environment.  It also brings forward the question of  how we should rebuild.

Cities have often been built over landscapes without that much concern for poor soils or watersheds.  In large earthquakes, this disregard is sometimes made apparent. In Loma Prieta earthquake in the Bay Area, clusters of damaged buildings were found in filled in areas of the Bay.  Rebuilding took place, with properly engineered foundations, since land is at a premium could justify the costs.  In Christchurch, even while they mostly rebuild in place, they are  looking at creating future greenways along the rivet where liquefaction caused wide destruction of housing.

Greening the rubble is a great strategy following a disaster, but maybe it offers a strategy for creating a resilient city before a large earthquake occurs. As Portland looks at creating eco-districts, we can be looking at looking at the watersheds and areas of alluvial soils and helping restore them. The creation of pocket parks can become a part of current sustainability efforts as well of resilience efforts.