The Oregon Resilience Plan: A call to expand the sustainability conversation 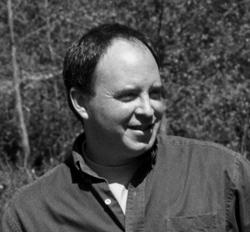 Edward Wolf, a Portland writer whose books include Salmon Nation (1999, 2003) and Klamath Heartlands (2004), served as a citizen member of the Advisory Panel of The Oregon Resilience Plan.

Edward Wolf has laid down a challenge to the sustainability community to include resilience as part of sustainability in an article in Sustainable Business Oregon.  Ted,  a writer on environmental issues, was drawn into seismic and resiliency when he discovered how seismically suspect the schools his child was attending in Portland were.  He has become an advocate for improving seismic safety in Portland Public Schools and lent his writing talents to the call of creating an resilient Oregon in an op-ed piece in the Oregonian along with Yumei Wang (DOGAMI) and I.  He also was a citizen member of the Advisory Panel of The Oregon Resilience Plan, where he also contributed both his critical thinking and his writing talents.

The discussions about resilience and sustainability have been taking place on parallel tracks.  The argument, taken to its most basic, is whether can you be sustainable without being resilient? We know you can be resilient without being sustainable (ie there are always hard engineering solutions available to protect the status quo).  We also know that following a catastrophic disaster, all of the hard won sustainability efforts concerning energy, pollution, land fill, etc will take a serious step backwards.  Conversely, many of the sustainability goals of net zero energy and net zero water, redundancy of sources, better land use, pollution reductions, etc and be effectively woven into resilience goals.  However, both communities, sustainability and resilience, seem stuck in their separate silos.  Time to start talking.