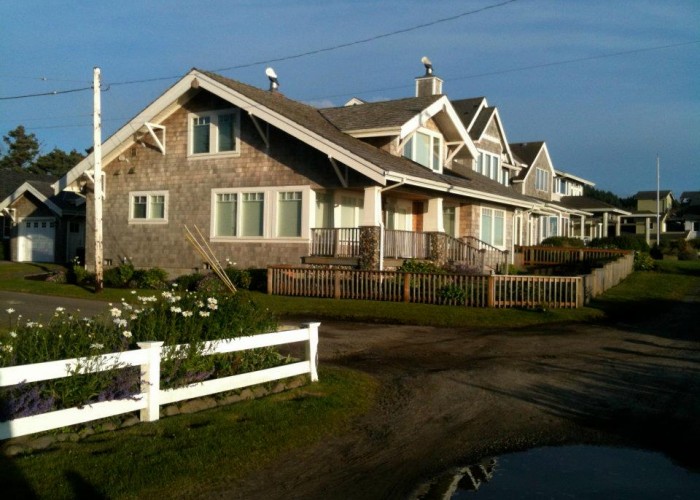 This house was a renovation of a 1910 beach house I did a few years back. The basic lines of the house were kept but we enlarged the windows in the dormer and redid the porch that had been heavily modified in the 1970s. The interiors were changed to create a larger kitchen. An addition in the back included a master bedroom and small garage. The northwest corner of the house is the now the dining room and we made the corner windows so they had a nice view of Chapman Point. We had to remove the fireplace by Bartl (the mason who did most of the fireplaces in Cannon Beach in the day) since it had deteriorated too much to save. Beth Holland did the landscape. Mike Capper and his son Jeremy did the renovation. 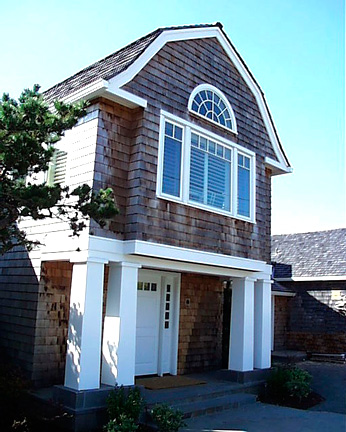 This house was a classic Gearhart beachfront house built in 1910 that had some unflattering remodels over the years. The house was increased about a third in size and a new entry pavilion was added, along with a long deck on the west to provide space for entertaining. The character of the original house was brought back out where it had been covered up and extended into the addition. 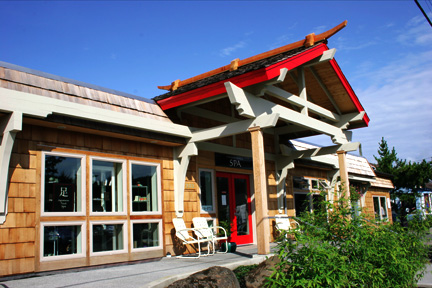